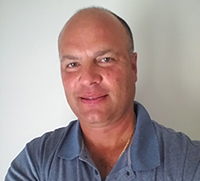 Mr. Bozel has been a water treatment entrepreneur and leader in aqueous specialty chemicals for more than 28 years.

Mr. Bozel is the president and CEO of Norkem Inc. (norkemwatertreatment.com), and Jacklyn Industries (jacklynindustries.com) and has been, prior to helping found Proventus Bioscience Inc.

As a published scientist, his expertise includes research and development of formulated biological and chemical products, strategic planning, business development, technical administration and operations at Proventus Bioscience, Norkem and Jacklyn Industries. Mr. Bozel is an entrepreneur with a track record of building exceptional value for stakeholders at all companies he has served.

He earned a B.Sc. in Physics and a M.Sc. in Chemistry from Concordia University in Montreal and is currently a member of the Order of Chemists of Quebec. Mr. Bozel is fluent in both French and English and travels around the world supporting our network of distributors and providers. 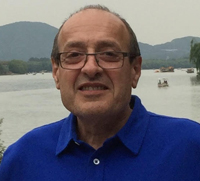 With 25 years of experience as a bio-innovator in the development and manufacturing of microbial-based inoculants for a diverse market, Mr. Delorenzo is a pioneer in the bio-based industrial field. He has been developing and commercializing industrial alternative products based on microorganisms and enzyme technology since the early 1990’s.

“I have been fully involved in this area, with a strong belief in the green initiative and the awareness of the requirements for the future.”

Mr. Delorenzo spent most of his career in the development and application of biotechnology as an alternative solution for a variety of target market sectors. This experience has ranged from the development of biological inoculants for wastewater treatment, to the introduction of Green chemistry in the early years before becoming mainstream.

All the technology was based on a single platform; harnessing the value of Mother Nature’s natural workers and applying them to real industries.

Over the years Mr. Delorenzo has developed a network of numerous Global clients from Asia Pacific to North America and the EU. His work with global corporations lends to developing bespoke products to meet new governmental regulations related to environmental impact. 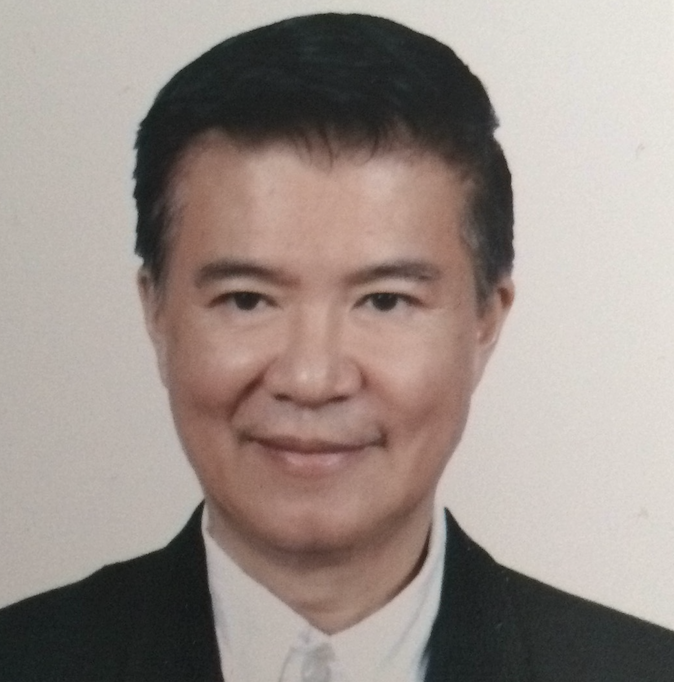 Sin has 30 years of combined experience in environmental biotechnology and in all phases of commercial shrimp aquaculture. He has traveled frequently to South East Asia the last 18 years focusing mainly on solving problems related to prawn production.

Sin’s areas of expertise include water quality, soil quality, management of intensive shrimp farms, training of manpower for commercial aquaculture operations and biotechnology for sustainable shrimp culture. Sin received his BA degree in zoology from the University of California, Santa Barbara in 1993. 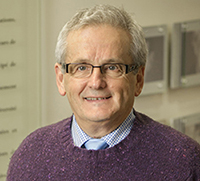 During his 35 years of professional life, Dr. Groleau has been involved in over 200 industrial projects of all kinds, in various sectors of the biotechnological industry, in addition to being head of a microbial fermentation pilot plant (up to the 1500L-scale: fermentation + primary recovery + extensive product purification) for almost 15 years.

Present research interests: Technical enzymes (identification, production, optimization), applied microbiology, peptide and protein production, microbial expression systems, microbial inoculants, microbial fermentation technology, bioprocess optimization and scale-up, process integration and intensification, methylotrophic bacteria and yeasts. During his 35 years of professional life, D. Groleau has been involved in over 200 industrial projects of all kinds, in various sectors of the biotechnological industry, in addition to being Head of a microbial fermentation pilot plant (up to the 1500L-scale: fermentation + primary recovery + extensive product purification) for almost 15 years. 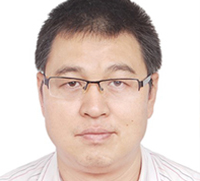 Professor Ye Zhengfang has been engaged in water treatment theory and technology research for over ten years. Professor Ye invented the Immobilized Biological Aerated Filters (I-BAF) technology, which combined high efficient microorganism and immobilization technology. This achievement was considered to reach advanced levels for treatment of high ammonia nitrogen wastewater in the world. Professor Ye received the first prize of the Chinese College Science and Technology Progress in 2007 and won the State Technological Invention Prize for High Efficient Microorganism and Immobilization Denitrification Technology in 2013.

Professor Ye and his team developed the combination technology of physico-chemical pretreatment and I-BAF, which was applied in 6 wastewater treatment projects in China. These major contributions ensured the water quality, security and maintained the health of local residents. The achievement was assessed as advanced by authoritative experts from different parts of the world.

Professor Ye’s research achievements have been applied in more than 60 wastewater treatment projects, which makes him of great social influence and higher visibility. He has been invited by the government of China to participate in the formulation and implementation of a water pollution emergency plan and He is also one of the environmental comment experts for the 24h Program in CCTV.

His related achievements have also earned him the United Nations Global Human Settlements Green Technology Award in 2009 and the gold award in the 41st International Invention Exhibition, held in Geneva in 2013. In the last five years, he has published 72 papers that can be quoted in the SCI database, while 20 of the papers were published in internationally top journals, such as the Journal of Hazardous Materials, Chemosphere and Water Research. These papers have been cited 1000 times, one of which has been cited over 120 times alone. Up to now, he has gained 25 invention patents and 1 international patent.

Wu Ding is the Chief Science Officer at Proventus Bioscience, where he is involved in various industrial projects related to microbial fermentation.

Prior to his current position, he worked in multiple highly qualified positions such as Senior Scientist, Senior Production Engineer, and QC Manager at several biotech companies (VBC, API, BIOS Agricultural Inc., etc.). Wu’s responsibilities were to supervise, support, and provide technical guidance for propagation and fermentation at lab, pilot, and commercial scales in terms of batch, fed-batch and continuous processes.

With 26 years of experience, he is proficient in physiology, crop production, protein expression, purification and production, and has an extensive background in project management, research and development, quality assurance/quality control, and high quality production solutions in the Biotechnology and Bio-pharmaceutical sectors.

Mr. Ding has a number of publications, and much of his experience has been with elements of transitioning a process from the research stage into routine practice, including validation, development of critical to quality measures, implementation of training plans, and batch record (e.g. checklists and detail documentation).

Mr.Ding holds a M.Sc. in Crop Science from University of Guelph in Canada, and a B.Sc. and M.Sc. in Soil Microbiology from Huazhang Agricultural University in P.R. China. He is fluent in English and Mandarin. 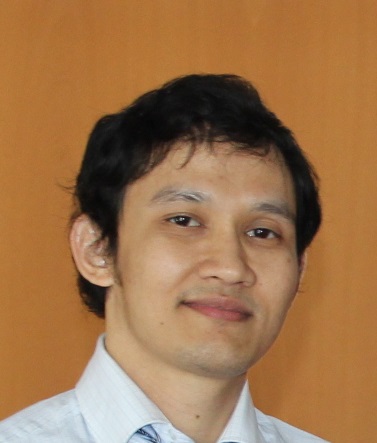 Pisey Marcel Neang obtained his Bachelor of Engineering in Food and Chemistry from Institute of Technology of Cambodia in 2004. He had then worked for the company Confirel for 4 years before continuing his Master in Process Engineering (Université Montpellier 2, France) and his PhD in biotechnology/microbiology (Montpellier SupAgro, France). Following his PhD degree (2013), he has pursued his postdoc on industrial processes in biotechnology at Université de Sherbrooke before joining Proventus Bioscience in December 2017.

His work experience and his academic background have allowed him to develop a set of competences in design, improvement and scale-up of fermentation processes, heterologous protein production, downstream processes, enzymatic biocatalysis, water treatment, piloting quality systems and project management.

Parisa finished her college studies in Mathematics and physics in Tehran, Iran. She continued her studies at Concordia university, Bachelor of science Specialization in biology(2010). With her passion for molecular biology and genetics, she worked at the research institute of Concordia university as a research assistant. Her working experience towards a stronger understanding of cytokinesis(cell devision) and epidermal morphogenesis of human Hela cells has deepened her expertise in the field. Some of her expertise include: DNA Extraction, PCR, Gel Eletrophoresis, Western blot, Protein purification, cloning and many more. She has also worked as an assistant for another research project to understand the longevity of yeast cells and she performed with excellence. 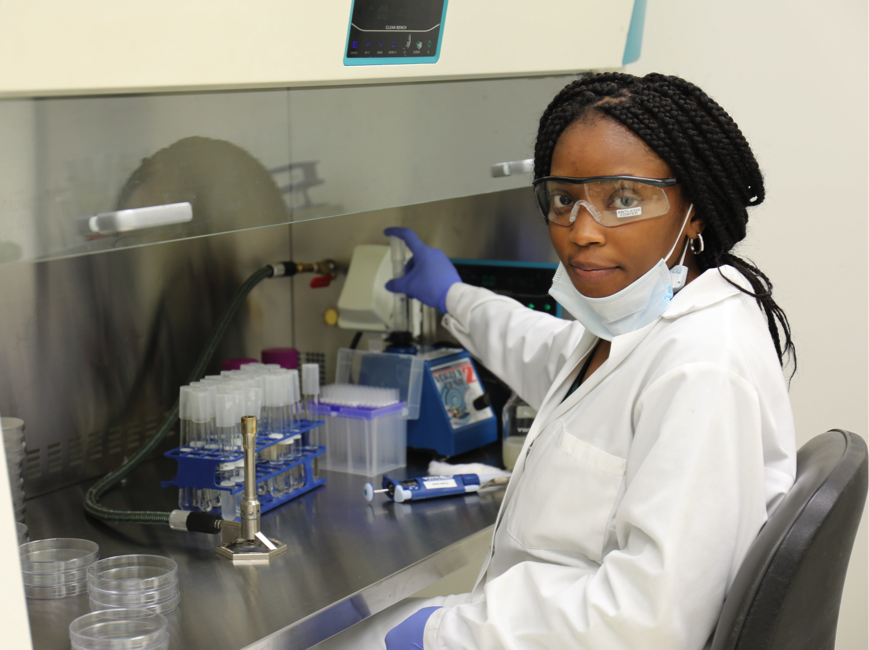 Oyeleke Olanike is currently the Quality Management System Coordinator and laboratory Technician at Proventus Bioscience. She earned her master’s degree from McGill in 2016, and her BSc. in Microbiology from Osun State University, Nigeria in 2012. Her background in Microbiology and master’s in Bioresource Engineering combined with her working experiences in various industries and research institutes has contributed to her expertise in the fields of food and industrial microbiology, Quality Management system (ISO 17025:2017), quality assurance and control, food safety, and bio-processing as a whole.

She has participated in various research projects over the years, one of which earned her the National Sciences and Engineering Research Council of Canada’s research and the McGill Graduate excellence award in 2015. She has also done countless hours of volunteer work within the academic sector and outside the academic sector with non-profit organizations like Red Cross.